A short film about a boy, his sister and the flying elephant in the room

Direct a fully animated film that tells a human centered story and will be screened in a full sized theater to 300 viewers.

A short, fully CGI animated film that uses several technical and storytelling techniques to tell the story of a boy, his sister and an imaginary friend.

This was the final thesis project for my BFA where I was required to direct, produce and coordinate all aspects of the film.

Tell a human centered story, in a short timeframe, and have it resonate with a wide audience?

The Story of Communication Gaps

My brother and I are 7 years apart. He was diagnosed with high functioning autism that kept him mute for the first 7 years of his life. Due to his condition, he had a very active imagination and countless imaginary friends. At that time, I did not pay much attention to him because he had nothing to say back to me. Many years later, I learned that he considered me his best friend. When presented with the opportunity to make my own animated film, I decided to explore the story of two perspectives on the same relationship. 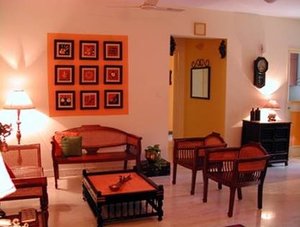 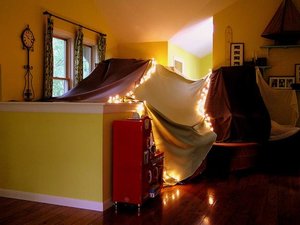 I took inspiration from Indian family homes
in the 1990s

The India of my Childhood

I decided to base the world of the film on the post-colonial 90s India of my childhood, with its white walls and wood furniture. To keep the film manageable and the story constrained, I chose to have the whole story take place in two rooms - a cold livingroom and a warm, safe attic. I referenced many pictures of my family and friends homes for the setting.

Since the film was about a very specific condition, I wanted to focus in on my lived experience, rather than generalizing autism into a fantastical situation. The characters took the form of the qualities of myself and my brother that I wanted to explore, a self involved teenaged girl and a silent young boy. The imaginary friend character went through a few iterations but, through collaborating with otehr artists, I settled on a flying elephant, heavily based on the Hindu god Ganesha - the god of lost children and lonely people. The character design had to reflect their personalities. 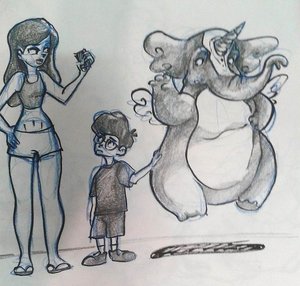 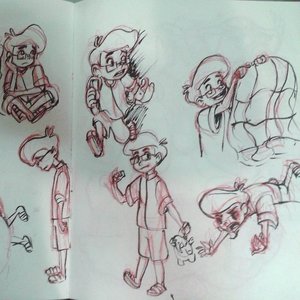 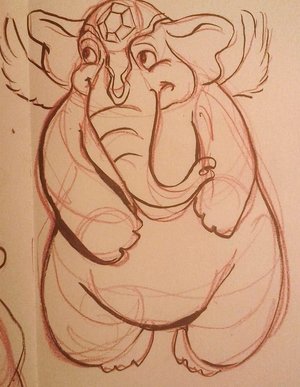 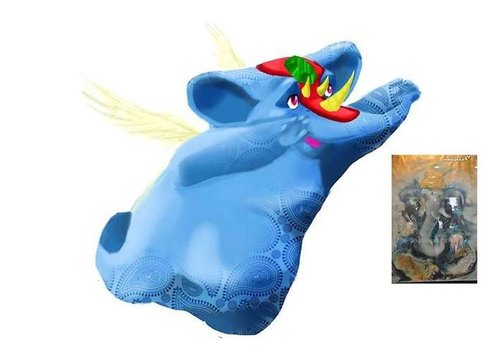 Storyboards organize the script and tell the story visually. Visual representations of each scene is helpful to plan the entirety of the film. I started thumb-nailing very rough images and then create clear storyboard illustrations to get feedback and plan out how each scene would come together. 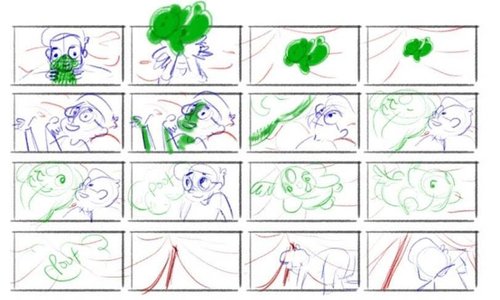 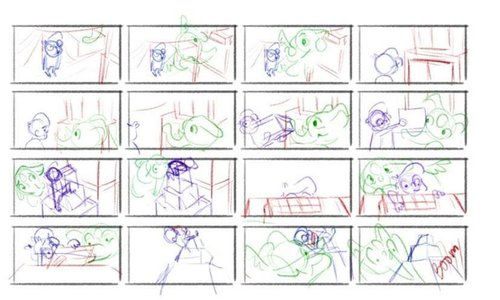 I then organized her priorities into a point of view statement.

From the thumbnails, I fleshed out each scene in storyboards. These moment-by- moment storyboards underwent several iterations and feedback from the class and professors. Some scenes were cut while others had to be trimmed down. The overall purpose was to make sure that every person who walked through the storyboards could totally understand the and empathize with the story. 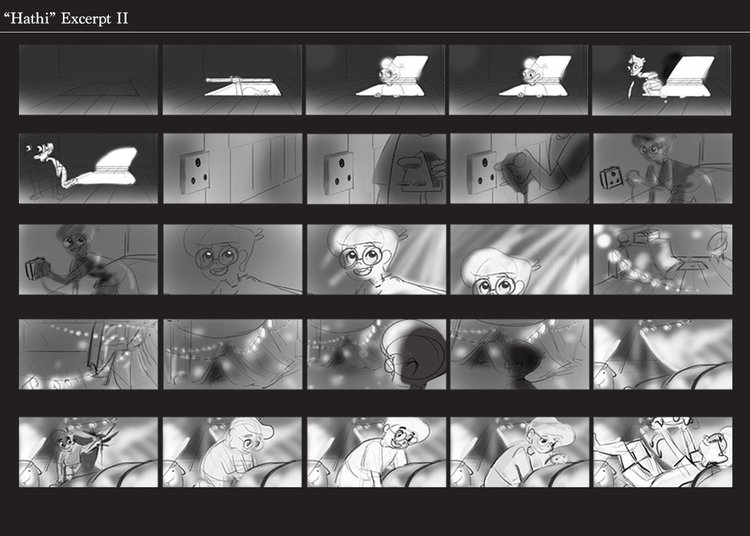 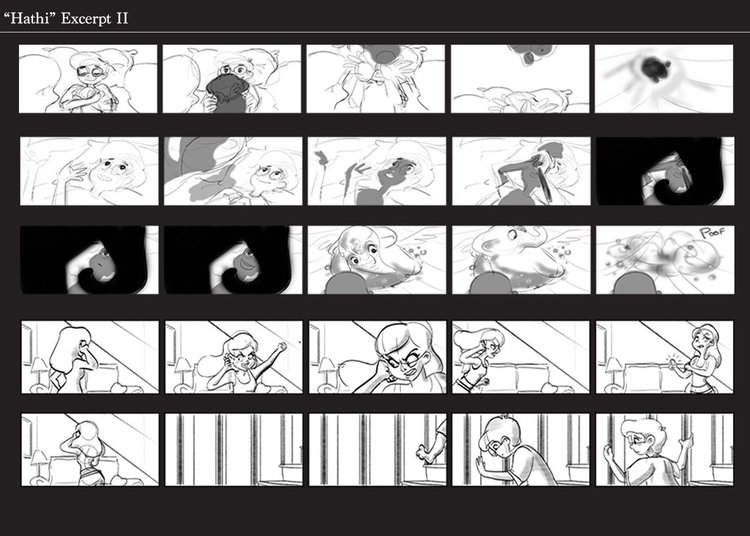 Through the storyboards, I was able to receive several rounds of feedback before going into production.

In order to plan for CGI production, it is important to create concept artwork that can be applied to a three dimensional space. I created the artwork based on my research and inspiration. I also collaborated with other artists to put some of the finishing touches on the space, to make it feel more tangible. Concept art also helps to understand the number of assets that are needed in the production of the film 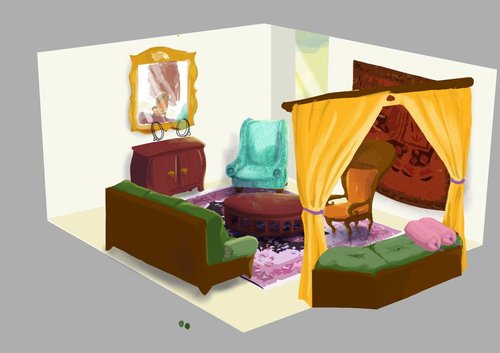 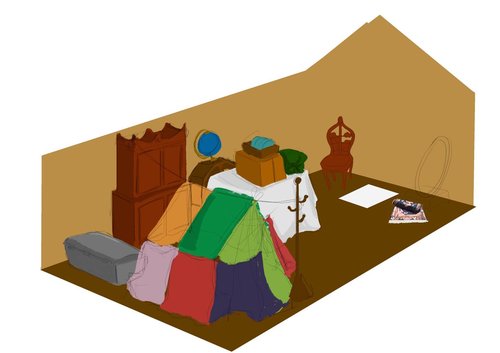 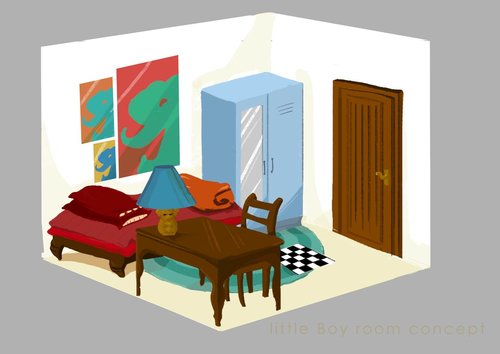 Each of the spaces was designed with the camera angles in mind.

Building CG models is a kind of virtual sculpting. It is a very creative process while still requiring a deeper understanding of the specific tools available to sculpt on the computer.Translating drawings into 3D comes with its own unique set of challenges and soI was very lucky to be able to collaborate with a fellow classmate and character modeler over the summer between India and California to create these models. I was then able to texture them using a mix of Photoshop and Maya.

I worked with a modeller to bring my designs to life

CG Animation is essentially virtual puppeteer. The character puppets are manipulated by animators to breathe life into the performances. Constructing those puppets is called Rigging and it is one of the most technical aspects of the animated filmmaking pipeline. Rigging involves scripting, nodes and a deep knowledge of the underlying systems. It is also a version of user interface design, as the rigger wants to give the animator as much control over the puppet as possible without making the experience of animating feel too complicated. This was one of the most enjoyable parts of the process for me, I learned that I had a natural inclination towards rigging. Testing the rigs was the first time I saw my characters come to life.

In animation, the film is cut together prior to the final rendered shots so that the director can plan the cinematography and pacing of the film. This step includes setting up digital cameras, doing initial animation and planning out future shots.I created the layout with a collection of completed shots, partial shots and roughly mocked up camera work.The shots were made easier to visualize thanks to the earlier storyboards.

Editing together different, unfinished shots helped see the story in its full context.

After a year and a half of work, the film finally premiered on may 15th, 2014 to a packed audience of 300 people. The final post production involved collaborating with sound designers, composers and render experts. It look a month just to render out the whole film. In the end, I think it was worth it.

This is still the most technically complex project I have ever done.
I came into my undergraduate studies with no background in CGI animation or programming. Everything you see here was the product of passion, a great deal of tenacity and collaboration. I am so grateful to my film school for giving me the opportunity to bring my own vision to life and tell my brother's story.

I developed the most important tool in my design tool kit: a love of collaboration.
The most important and most challenging part of this thesis film project was getting other students to work on your project. It required a great deal of persuasion, organization and communication to bring all these collaborators together. At the time, I had one of the largest teams ever assembled for a animated thesis film. I loved working with other artists and designers from different disciplines within animation, each one of them gave their particular flare and style to this piece. I found my passion for working in teams from making this film.